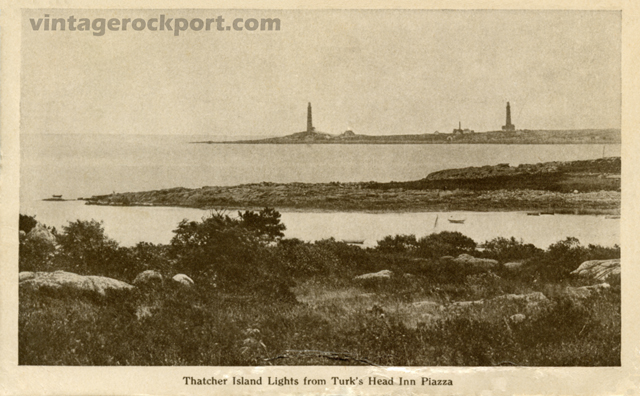 As I’ve previously noted, the Turk’s Head Inn was long considered Rockport’s grandest hotel. No doubt, this view was part of its appeal. According to the caption, this picture is form the inn’s piazza, looking out over Loblolly Cove towards Thacher Island and its twin lighthouses.

The view is similar to that of another postcard I’ve posted here, which I guessed was from somewhere in the vicinity of the Turk’s Head Inn.

This card does not name a publisher. It was postmarked in Rockport on Aug. 9, 1918.