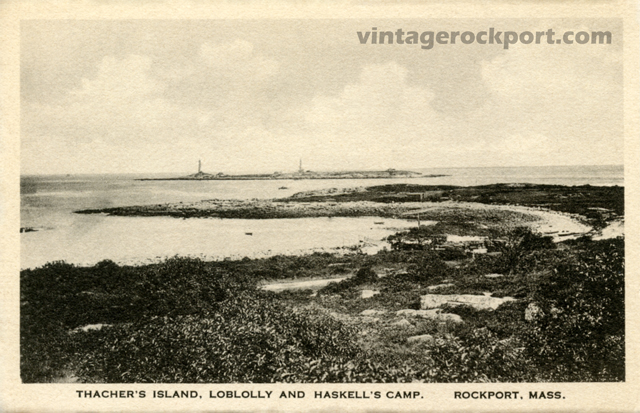 This view of Thacher Island and Loblolly Cove was probably looking out from somewhere in the vicinity of the old Turk’s Head Inn. As the caption says, it also shows Haskell’s Camp, although it is hard to make out here. As described in an earlier post, Haskell’s Camp was a famous seafood restaurant — a true “in the rough” establishment with wooden tables and chairs covered by a canopy of sail cloth. Rough though it was, it attracted many famous visitors, including President William Howard Taft. In the view above, Haskell’s is at the lower right corner of Loblolly Cove. If you look carefully, you can make out cars parked there and a flagpole.