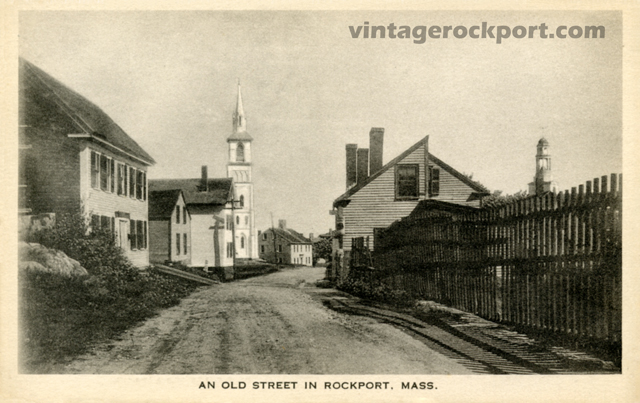 This postcard offers a view of Cleaves Street in Rockport around 1920. You can see the Universalist Church on the street and the steeple of the Congregational Church to right, beyond the fence. 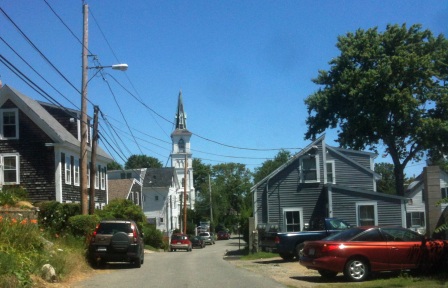 Cleaves Street was originally laid out in 1855, according to the 1888 History of the Town of Rockport.

I am not sure which Cleaves the street was named for, but my guess is that it was Levi Cleaves, a prominent citizen of the time. Cleaves was a ship captain who later in his life also became a licensed preacher. He was also a president of Rockport’s Total Abstinence Society, formed in 1841, whose members took an oath “that they will never again drink any intoxicating liquors, except when prescribed by a medical attendant, or in the case of wine at communion.” Cleaves died in 1865, at the age of 58.

Later, another Levi Cleaves was the publisher of a newspaper in Rockport, the Rockport Gleaner. I do not know if this Levi was the son of the aforementioned Levi. The newspaper published from 1872 to 1887.

This postcard was published by the Rockport Photo Bureau. As regular readers of this blog certainly know by now, the founder of that company was also a Cleaves, Charles Cleaves.