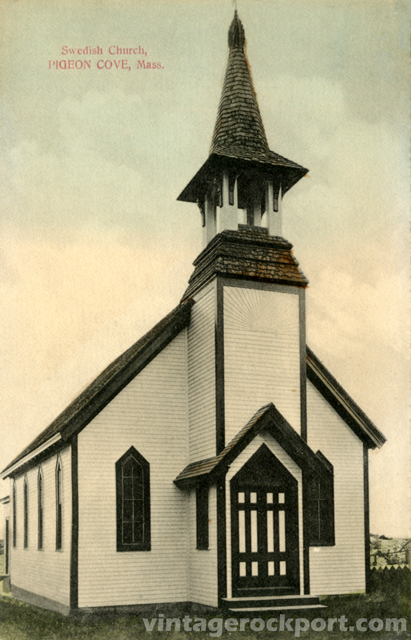 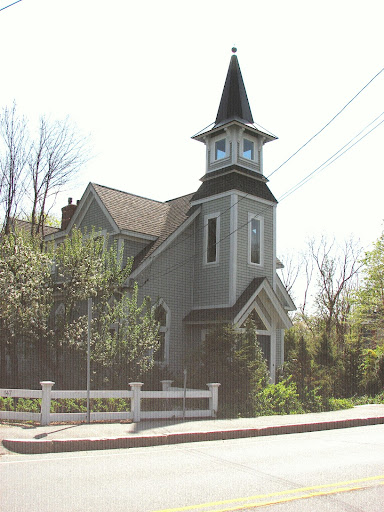 The church as it looks today.

Swedish immigrants began arriving on Cape Ann in the late 1800s to work in the quarries. The first man to come from Sweden to Pigeon Cove was Peter Magnus Lilja in 1879, according to Barbara Erkkila’s history of the granite industry, Hammers on Stone. Soon, many more Swedes arrived, settling in Pigeon Cove.

The Swedes built three different churches in Pigeon Cove. The church pictured here, now a private residence at 145 Granite St., was built in 1891 by Swedish Methodists.

The other Swedish churches — both also now private residences — were the Swedish Evangelical Church at 111 Granite St. and the Swedish Lutheran Church, originally built on Pigeon Hill St. and moved in 1949 to 20 Stockholm Ave.

This postcard was published by Souther-Mears Co., Boston, Mass. The company was in business only from 1908 to 1910. The picture could be from those years or even earlier.