Two More of the Rocky Shores, as a Private Estate in 1910 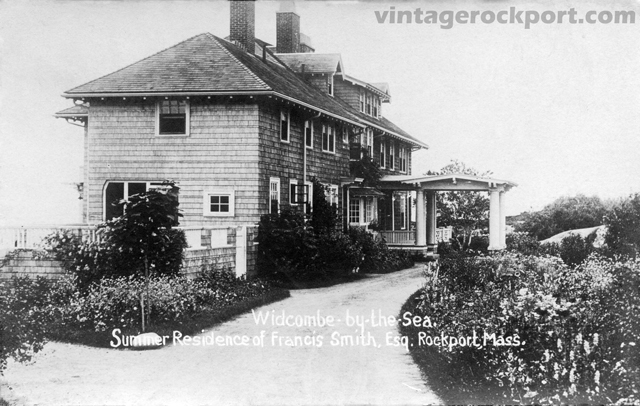 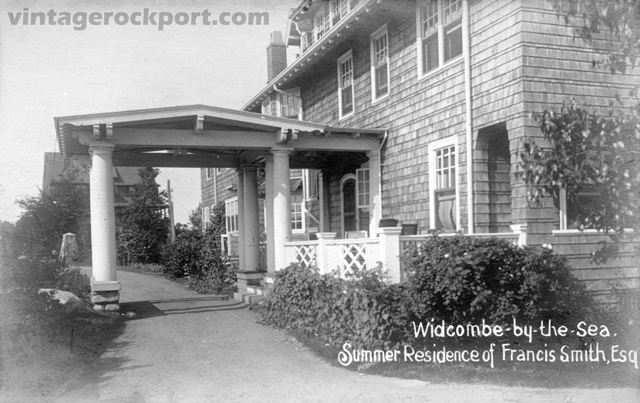 I previously posted a more sweeping view of this one-time summer estate on Eden Road, a home now known as the Rocky Shores Manor. That previous post received a comment from Christine Kostka Cohen, who grew up in the house and whose family owns it still.

The man who built the house and first summered there was Francis Smith of San Antonio, Texas. He had been the head of a San Antonio investment firm that helped Texas farmers and ranchers obtain financing to expand. By the time he built this house, he had sold his interest in the firm and retired. According to Christine, Smith and his family traveled to Rockport from Texas by train. For more about him, see my previous post.

These are real photo postcards, produced not commercially but for personal use. One of these postcards is stamped on the back with the name of a Boston photography studio, Hoffman Studio, which is listed by the Massachusetts Historical Society as active around 1900.

This entry was posted in Uncategorized and tagged Hotels, Rocky Shores. Bookmark the permalink.

3 Responses to Two More of the Rocky Shores, as a Private Estate in 1910