Posted on September 4, 2012 by Robert Ambrogi 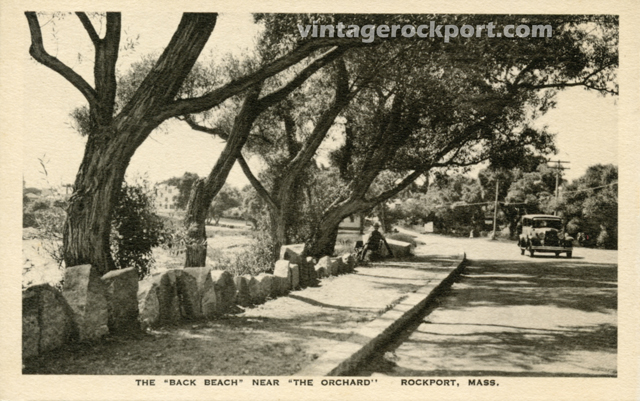 This picture of Back Beach and its now-gone willow trees appears to have been taken at the same time as another picture I previously posted of the same scene. Not only were both cards published by the Rockport Photo Bureau, but both appear to show the same man sitting on the same bench.

The caption of this one refers to “The Orchard,” which was a tea room and restaurant located across the street from Back Beach, near the present location of the Legion Hall bandstand. There is a small white sign visible just to the left of the car which may be for the Orchard. I do not know what years the Orchard spanned, but I do know it was in business at least during the early to mid-1930s.

This entry was posted in Uncategorized and tagged Back Beach, Rockport Photo Bureau. Bookmark the permalink.