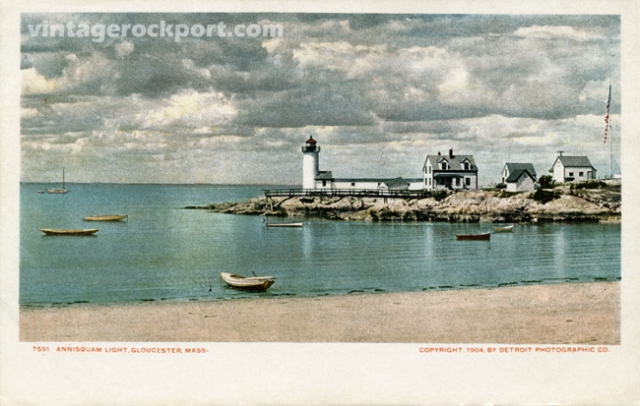 Forgive me this trespass into Gloucester and out of Rockport, but this photograph of the Annisquam Light is so beautiful I could not resist the temptation. Here you see both the postcard and the original image on which it was based.

This 1904 postcard was published by the Detroit Photographic Co. A year later, as the company concentrated its business on postcards, it changed its name to Detroit Publishing Co.

This entry was posted in Uncategorized and tagged Detroit Publishing Co.. Bookmark the permalink.