Off Topic: Roger McGuinn, Then and Now

The legendary Roger McGuinn, cofounder of The Byrds, is performing Friday night at Rockport Music. I am thrilled to have tickets to this sold-out show. I thought this would be the first time I’d see him live. Then, over the weekend, I was reading about him and realized that he had been a member of Bob Dylan’s Rolling Thunder Revue, a 1975 concert tour on which Dylan was accompanied by an all-star cast. Well, I was at one of those shows, and have the grainy, low-quality photos to prove it. So, I dug them out and, sure enough, there was McGuinn.

In 2007, McGuinn himself reminisced about the Rolling Thunder Revue on his own blog. Below is his picture that he posted of himself on that tour, on stage with Joni Mitchell and Joan Baez. 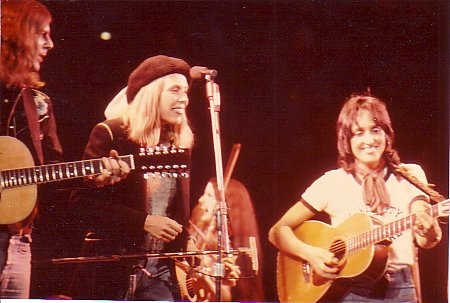 And here is one of my old photos. I had a strange seat, behind the stage, and the quality is not very good. But there’s McGuinn, just to the right of Arlo Guthrie. You can also see Ramblin’ Jack Ellitt (with the white hat) and Joan Baez (with the guitar). 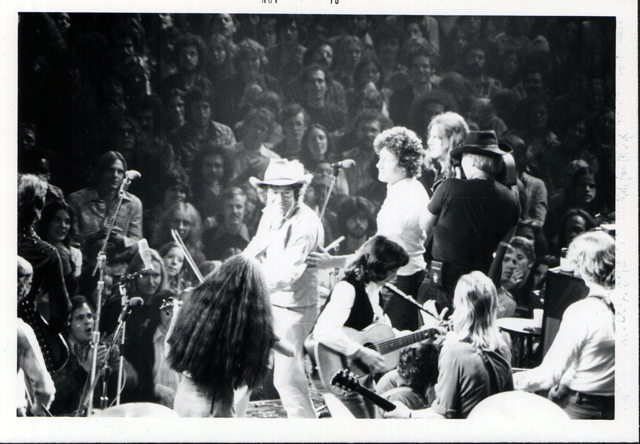 And here’s one of Dylan and Baez. 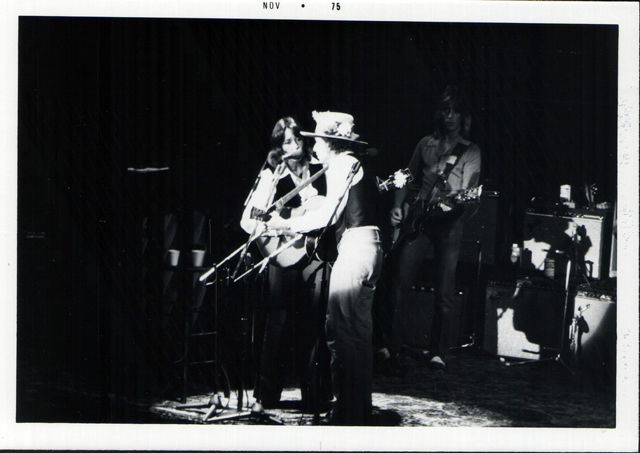 To see more of my photos of this concert, click here.