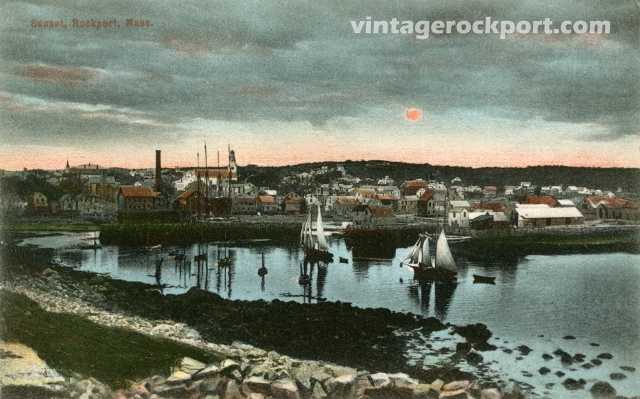 Here is a classic view of the sun setting over Rockport harbor, as seen from the Headlands. This postcard was postmarked on Aug. 19, 1912, but the picture has to be earlier than that because of what it shows.

Note the smokestack in the center left of the picture. That is from the old Annisquam Cotton Mill, which once filled the area along Broadway between School Street and Main Street. It was destroyed by fire in 1882, but the ruins remained there for another 22 years, until they were finally removed in 1904.

Given that the smokestack was removed in 1904, the picture is from then or earlier.

This entry was posted in Uncategorized and tagged Rockport Harbor. Bookmark the permalink.