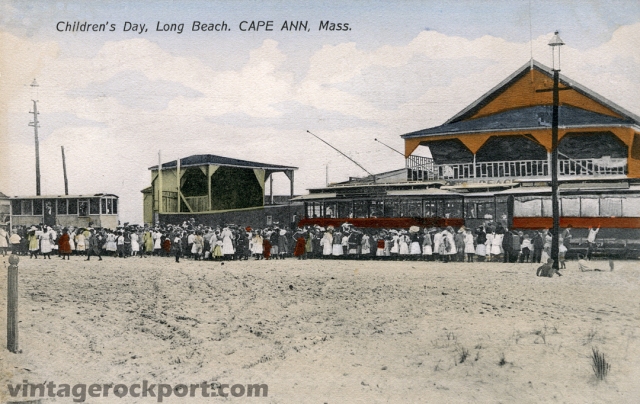 Back in the days when electric trolleys ran from Gloucester to Long Beach, the trolley company built this pavilion there. It housed a restaurant, dance hall, bowling alley and vaudeville theater.

The pavilion was built in 1895. According to comments posted to another postcard of the pavilion, the building later served as a hotel. It stood until the late 1950s or early 1960s, when it burned down.

In this image, scores of children appear to have just stepped off the trolley (or are waiting to reboard). The caption suggest that this was a special day for children at Long Beach.